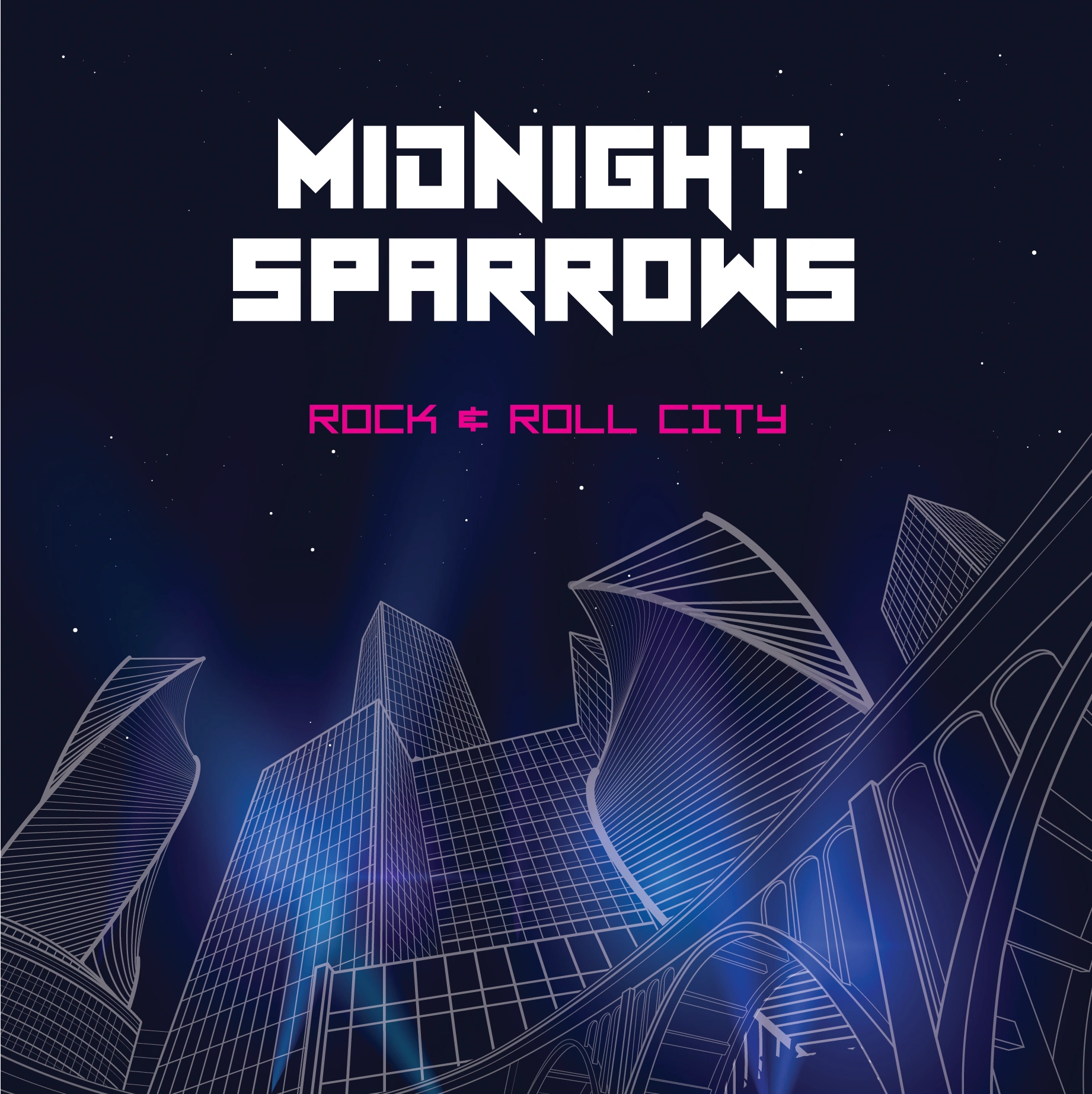 Midnight Sparrows is the new solo project from Blair Bellerose, an Indigenous singer/songwriter/guitar player based out of Vancouver, BC, Canada.

After 15 years as the lead guitar player in his previous band SOL 3, Midnight Sparrows sees Blair stepping up to the microphone as a lead vocalist for the first time since his teenage years. His vocals are gritty yet melodic, demonstrating a character that is uniquely his own, though he has been at times compared to the likes of Tom Petty and Black Francis. For those that are fans of electric guitar, at its core Rock & Roll City is a guitar rock album! Bellerose’s guitar skills are on full display here as Rock & Roll City contains some of his finest guitar work to date.

Musically, Midnight Sparrows is a culmination of a lifetime of influences from a musical journey that began at the age of three when Blair first listened to his older brother’s KISS records and fell in love with rock & roll music. This is a journey that takes you through the sounds of arena rock from the 1970s, to new wave and heavy metal from the 1980s, and grunge and alternative rock from the 1990s. The decades since have arguably not been as fruitful for rock & roll music and there may be some debate about the relevance of rock music in today’s world, but Midnight Sparrows is the kind of band that makes you believe that the magic of rock & roll still exists and its power is as strong ever.

Sign up to hear upcoming music, shows and events.